I’ll be honest: I was a little nervous when I found out that there were going to be seven guys in this group (what guy likes having his picture taken?)  Fourteen people: two sets of parents, six older children, two with spouses, and four little ones could have made for a pretty stressful day, but this family was AMAZING.  They were up for absolutely anything!  They waded in water, sat in wet grass, and even stood for ONE LAST PICTURE when they thought they were (finally!) done.  (Note to future clients: I LOVE taking pictures and would turn every photo shoot into a five hour visit, if I could.  If you want a quick “get in and get out” session, consider yourself warned!)  I had an absolute blast and would have kept them out all day if I could have (I’m sure there were a few times when they got a little worried that I was going to do just that!)  Here are two of my favorites, of the whole family: 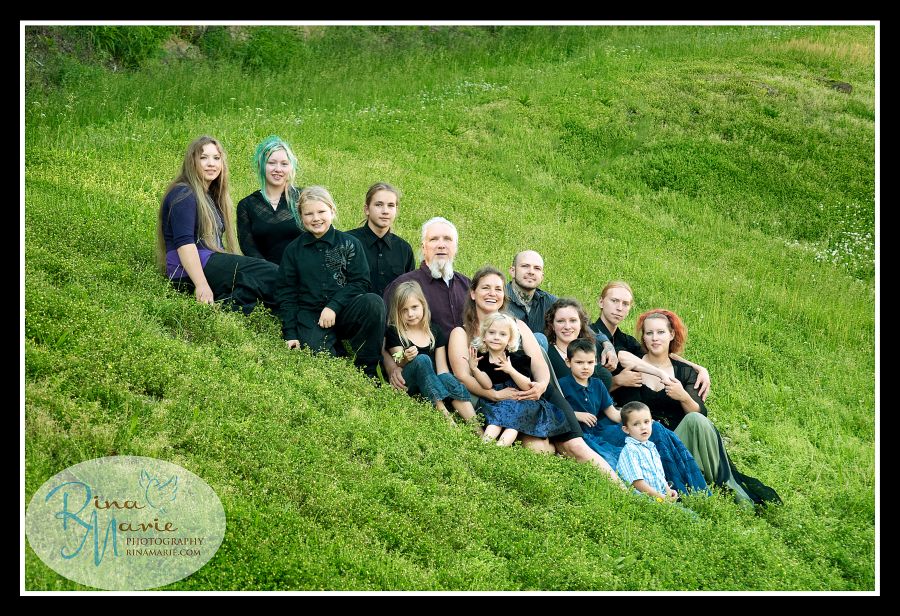 And here are two that are really special to me.  First, a picture of Mom and Dad, Gordon and Denise:

I purposefully didn’t clone out the little one in the corner – the beauty of this picture for me lies in the fact that I wasn’t taking pictures at the time it was shot.  I just happened to catch Gordon kissing his wife and snapped the shutter a heartbeat too late – in the split second after he kissed her when, having been caught, they both giggled like teenagers. These two have been married for almost 30 years, and something about the way they interacted with each other and their children spoke to me in a powerful way.  I’ve been mulling it over since their session… what type of man must he be, and what kind of woman must she be, to have raised such a happy family, to have stayed in a marriage for almost 30 years and still have “that look” when they look at each other?  What lessons I feel they could teach!  Oh, to be a fly on the wall of their home!  I look forward to getting to know them both better, and I mean that from the bottom of a heart that wants this type of love between the members of my own family some day.

The second picture that is really special to me is a picture of Gordon: 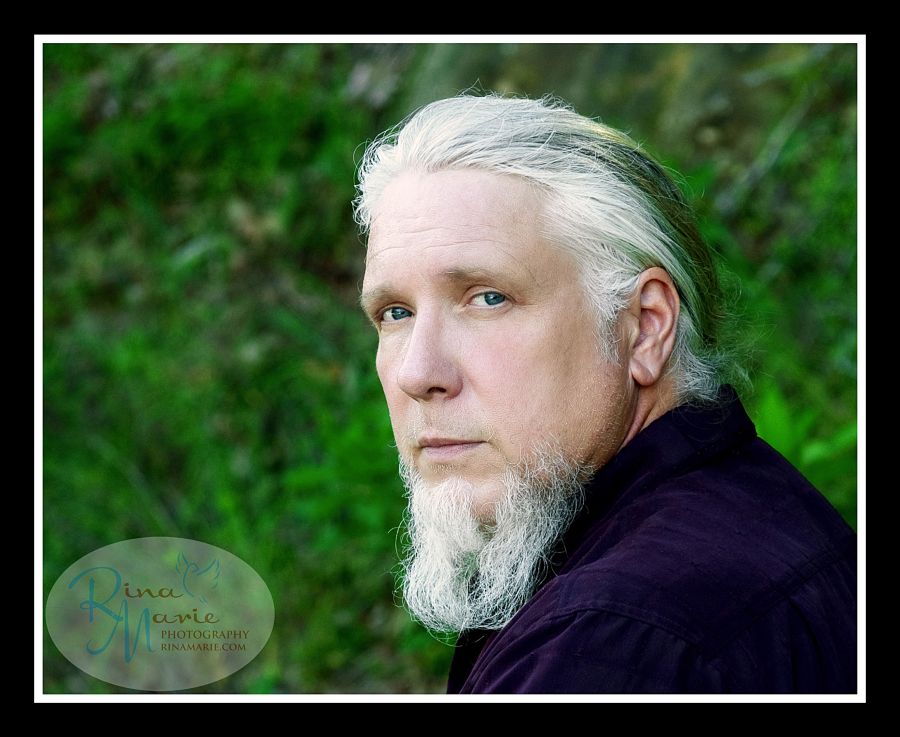 Gordon Bright has written a book, (Straight Arrow, an allegory filled with life lessons,) and asked specifically for me to take his picture for the book.  If taking a picture to be published in a book weren’t an incredible honor in itself, I felt doubly blessed to have been asked to take the picture for this man, in particular. I was so touched, watching him with his family.  There is such an incredible amount of love between them all and it showed itself the entire time we were together.  If there was ever a time when I thought the spirit and strength and quiet integrity of a person came shining through in a picture, this is it.  I’m blessed, honored and privileged to have been given the opportunity to take it, blessed to have been given the opportunity to contribute in some small way to his work.

Thank you, Gordon and Donna, for allowing me into your lives and allowing me to photograph your beautiful family.  Your lives speak the testimony of Christ in a powerful way, I wonder if you are aware of just how much.

This entry was posted in - PHOTOGRAPHY -, Family, PERSONAL. Bookmark the permalink.