How I met my husband, and how he met Jesus 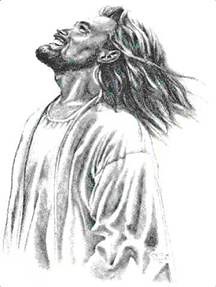 (Jon and I are telling this story together… my words are in blue, his are in green.)

“I think he might be an alcoholic,” I told my dad.

I’d met Jon at a nursing home.  He was a nurse, I was a nursing assistant and, interestingly enough, the topic of our first conversation was divorce.  We started going out after work and from the beginning, I noticed that he liked to drink.  A lot.  I was 19 years old and had never really been around alcohol before.  I didn’t know what “normal” drinking was, but I was pretty sure this wasn’t it.  I asked my dad for advice and he urged me to stay away from this 30 year old divorcee.  I did as he suggested and informed Jon that I didn’t want to date someone who drank so much.  He told me, in essence, not to let the door hit me on the way out.

The night after we broke up, I went to work (graveyard shift) and a mutual friend asked how things were going between Jon and I.  When I told him we’d broken up, he suggested that I take Jon to my church the following morning, as we’d originally planned.  I did as he suggested and drove over to Jon’s house the next morning to invite him to church.  He declined my invitation and I walked out to my car.

When I got to there, I felt the urge to go back and invite him again.  I really didn’t want to go back in there but felt that maybe God was trying to communicate to Jon, through me, and so I went back to his door.  I naively thought that if I explained that God wanted him to go to church, Jon would be impressed and change his mind.  Unfortunately,  when I showed up at his door again and explained my take on the situation, he was not happy.  He yelled.  And I yelled back.  I was pacing back and forth in front of his couch, yelling, and at one point I turned around and said to him: “if you don’t stop drinking, you are going to lose everything!” Right then, he jumped off the couch, grabbed me by the arms and physically forced me out of his house.

Rina was pacing back and forth, trying to convince me to do something I didn’t want to do (not much has changed since then!)  She launched into a hell-fire and brimstone tirade that any Southern Baptist preacher would have been proud of. I shut down. I was thinking, “How am I going to get this crazy girl out of my apartment?” Just then, an extremely bright flash of light appeared in the corner of my eye. Initially, I thought it was reflection coming in the bay windows at the end of the living room I was sitting in. As I turned to see the source, I realized it was no reflection. Standing in front of Rina was the figure of a man. He was the source of this brilliant light. He had white hair, a white robe and His eyes were blazing like fire. He had a golden sash across his chest and was wearing what I thought were bronze boots. He spoke to me and said, “Jonathan, if you don’t stop drinking, you are going to lose everything.” Then, as fast as he came, he was gone. I didn’t know what I had seen, but I knew the voice, somehow, and I knew it knew it was Jesus. So like any professional addict, I got angry.  I grabbed Rina, threw her out the backdoor of the apartment and yelled, “Get out and never come back!” She was upset and crying. I watched her go down the stairs, drive to the end of the parking lot and pull out. I went into the bed and laid down. I was shaken by the experience.

After he threw me out of his house, I got back in my car and drove away.  About half a mile down the road, however, I felt it again: the urge to go back.  Nuh-huh, no way.  I wasn’t about to take my sobbing, 125lb self back into that house with a 250lb man I didn’t know very well who had just physically forced me out of his home and told me not to go back.  Not happening.  Not ever.

Laying in bed, I began to talk to God. “I thought we had a deal!” I’d recently been fired for stealing drugs at work.  I’d promised I wouldn’t do drugs anymore, and had told Him he could use me as a nurse and help me be a good father to my son and in return for such generosity, God could leave me alone.  Since this was a perfectly reasonable deal for me to make with God, I assumed God had agreed.  So what was all this church stuff about?  What more did God want from me?  I stewed for a little while before saying to God: “oh yea?  Well, if you want me to go to church, send her back a third time and I’ll go.”  I knew there was no way she was coming back.

Then I heard a voice from the foot of the bed:  “Please don’t be mad.”

Of course, I’d gone back.  He’d left the door unlocked and couldn’t hear me knocking, so I’d let myself in and walked into his bedroom.  He sat up, glared at me and said: “Let’s go.”  Neither of us said another word.

We drove to church in silence.  The next morning, he invited me over and poured out all of the alcohol that was in his house.  He’s never touched it since.  He gave his life to Jesus that day and has truly become, as the scriptures say, “a new man.”  He has faith for things I struggle with, because, as he says: “I’ve seen what the bible describes. (Revelation 1:15)  And if that is true, then I know – without a doubt – that all of it is true.”

We were married 9 months later.

This entry was posted in Daybook, Marriage, My Testimony, PERSONAL. Bookmark the permalink.

3 Responses to How I met my husband, and how he met Jesus